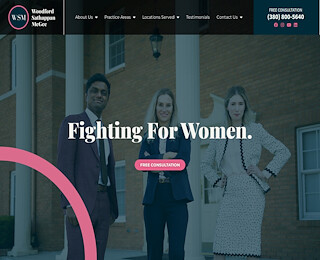 Natalie McGee, at Woodford Sathappan McGee, is an experienced child custody lawyer in Columbus, Ohio, with exceptional communication and negotiation abilities. Natalie McGee helps women dealing with divorce and child custody matters and ensures that they have all the resources and support to lead a fulfilling and positive life post-divorce.

What are the different types of custody arrangements?

Depending on the families and their unique living arrangements, custody decisions can vary from one case to another. Some types of custody arrangements include:

The court will create a visitation schedule for the other parent if the judge decides to award sole physical custody to one parent. Hari Sathappan is a leading Columbus, Ohio, woman's lawyer who has helped hundreds of women garner a favorable outcome in custody matters.

Who decides custody in a divorce?

Parents unable to arrive at a common ground drive a custody case. If parents can achieve a fair custody arrangement with the help of our Columbus child custody lawyers, the judge adopts it into a court order. Often, working together is the best way for parents to control the outcome and determine what happens to their families after a divorce.

If you can't agree with your spouse on allocating custody and visitation, the judge will decide it for you after investigating and applying specific factors. Both parents must abide by the judge's decision and follow the court's order. Natalie McGee is a skilled divorce attorney for wives in Columbus, OH, with a successful track record in helping women get what they need in a divorce to lead a meaningful and fulfilling life.

How do courts make custody decisions?

Courts assign utmost priority to the child's wellbeing when deciding on matters relating to custody issues. While the best interests of a child vary from case to case, here is a list of factors that courts use to make custody decisions:

The court may also take the child's preference if they are mature enough to give an opinion. Typically, the court assigns custody rights to the child's primary caregiver in the case of younger children. For older children, the custody rights go to the parent capable of fostering continuity in education, neighborhood life, and peer relationships for the child. Our woman's divorce lawyer in Columbus, Ohio, Katie Woodford, has helped numerous parents agree on custodial matters without taking it to court.